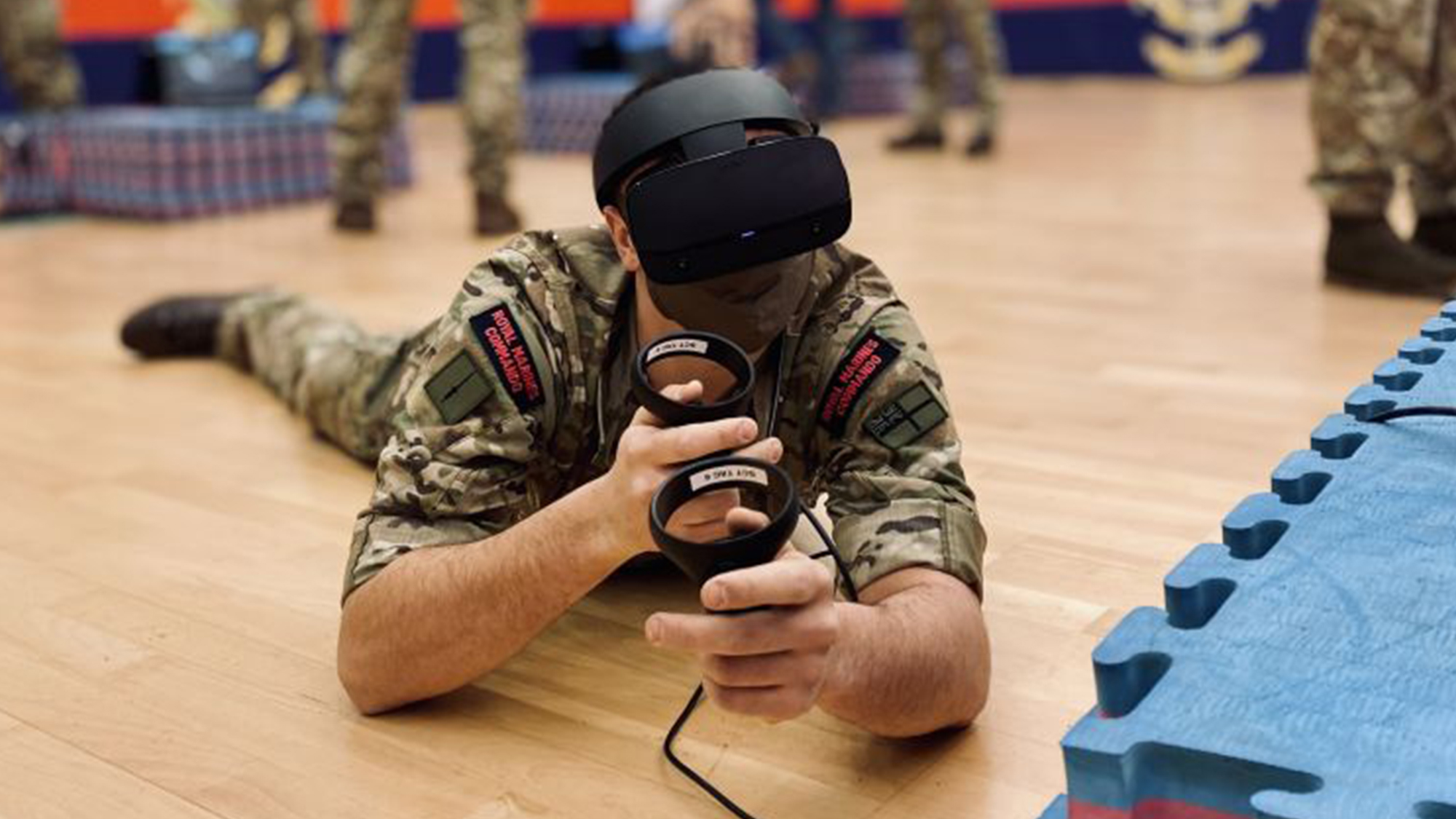 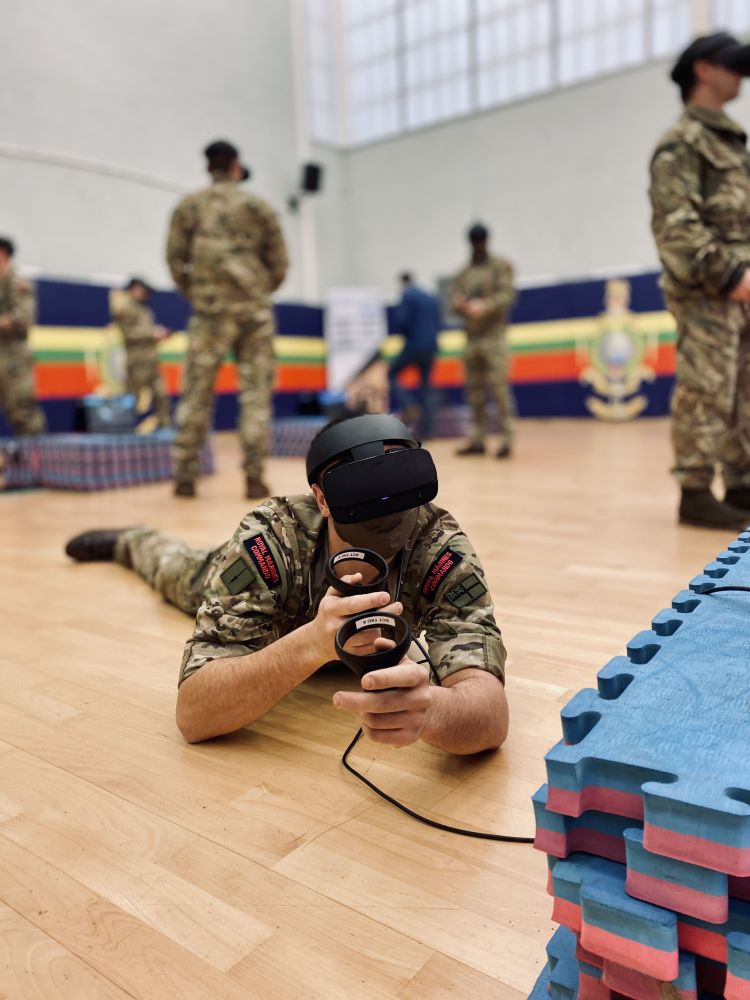 SAF-TAC has again seen action with Royal Marines from 40 Commando.

Extract from Forces TV’s article about the trial: https://www.forces.net/news/royal-marines-test-new-virtual-reality-kit

“The kit is building on the latest in video gaming technology to create a more realistic, intuitive and immersive environment to practise combat missions and scenarios.

The Ministry of Defence is looking to incorporate virtual simulator training across the military to support real-life training exercises.

Lieutenant Henry Dufosee, from 40 Commando Royal Marines Alpha Company, told Forces News: “We rolled out initially just doing basic skills and drills, shooting down a range of various weapons systems, getting to know the system before rolling out into a more tactical scenario where we assaulted a house as a 12-man team.

“It’s a chance for the lads to shake out and use different tactics and exercise different elements of command and control.”

The equipment has “six degrees of freedom” which allows the user to crouch and avoid simulated explosions.

Vice president of innovation at SimCentric, Tom Constable, said: “The headset itself is just a common off-the-shelf virtual reality headset.

“It’s got sensors around the edge, which basically means we can track the movement of the controls and the person in real-time.”

He explained the software provides “the highest level” of detail.

“As I fire the rifle and the rounds, empty cases are ejecting, whereas if I hold onto the handle and cock it, live rounds eject.”

The marines have been using the equipment to test out concepts of the Future Commando Force, designed to modernise the way Royal Marines operate.

The VR system is known as SafTac and can be used by more than 30 personnel at the same time.

It is also small enough to be taken on a ship.

Lt Dufosee said the kit is useful for trialling manoeuvres in the new “12-man team concept as part of the Future Commando Force”.

“If we can’t get access to a range or a training area, then having it in our own back garden is pretty useful to use,” he added.

Lt Dufosee says the simulator “takes a bit of time to get used to” and the personnel can feel “a bit nauseous towards the end”, but after a bit of time it’s “absolutely fine”.

He said: “It’s incredibly real, so real that you sort of lose all situational awareness of the outside and you’re solely focused on the moment that you’re in, but I guess that’s good.

“That’s realistic and that’s what we need to train for, is that realism that real world application.”

“However, as we’ve seen, and as we know, and I know, it’s not always the case. You can’t always go and do that live training.

“There’s a lot of logistical and funding constraints associated with that live training.

“What we’re trying to do is provide the next best option down and get feedback from the troops to keep on refining this to assure that if they can’t do the live training they’ve got as good an option as we possibly can provide.”